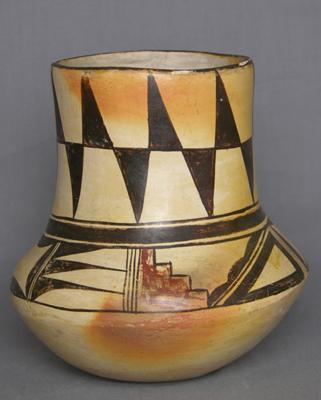 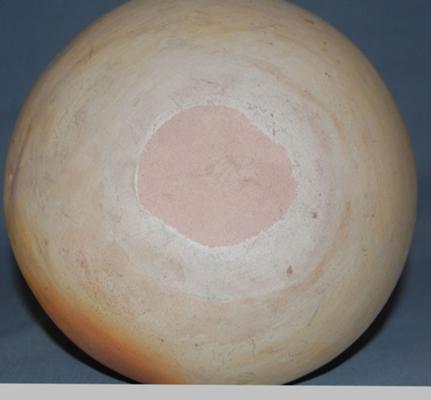 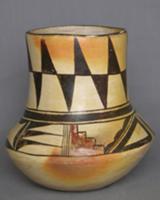 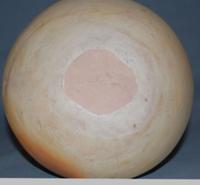 This Nampeyo jar is 6.5" x 6.5", c. 1885-90, very good condition. This piece has been authoritatively dated 1885-90. This puts it solidly in the era preceeding Nampeyo's rise to prominence as a Native artist. Thus it presents her artistic instincts before an admiring public influenced what she made. It is a simple, small storage jar bearing the beginning of the Sikyatki influence she became famous for. It was also made before the "Sityatki revival" collectors and anthropologists demanded from the Hopi potters. Unlike many 1880's works it has a polished slip bearing none of the Polacca crackling. There is some wear on the base that could be stabalized. “When I first began to paint, I used to go to the ancient village and pick up pieces of pottery and copy the designs. That is how I learned to paint. But now I just close my eyes and see designs and I paint them.” Nampeyo c. 1920’s